Dana Lixenberg (Amsterdam, 1964) received her training at the London College of Printing and the Rieveld Academie in Amsterdam.
Soon after moving to New York in 1990 she started doing freelance work for Dutch newspapers and magazines.
In 1993 Vrij Nederland magazine assigned her to report on Los Angeles after the Rodney Kings riots, resulting in her by now famous photographic series of the Imperial Courts Housing Project in Watts, the notorious ghetto of Los Angeles. Lixenberg took these photographs when the retrial against the police officers who had so brutally assaulted Rodney King was going on.
In the entire neighborhood, nerves were in edge over the outcome of the trial – because if the police officers were acquitted, a new wave of violence would most certainly break out.

Lixenberg’s way of portraying the inhabitants of this community –the turf of the feared PJ Watts Crips gang –is an absolute eye opener: she depicts them as fully rounded personalities,not as a stereotyped representatives of black, pour America.

Dirk van Weelden described her approach: ‘She stripped them of everything that directly referred
to the impoverishment of their environment or to the media clichés about gang members in black ghettos.
So no sunglasses, weapons or tough stances with secret hand signals.

She figured that you could gain the most insight into the life of South Central if you looked at people as individuals.
The photo reportage was published in VIBE, a magazine aimed at black American culture that was just getting started at the time,
and it drew a great deal of attention. This was her breakthrough in the United States.
Assignments followed from wellknown illustrated magazines such ad Rolling Stone, Newsweek, The New York Times Magazine, The New Yorker and Life.
In the Netherlands, besides working for Vrij Nederland, she also regularly works for publications like Volkskrant Magazine and NRC Handelsblad.

Lixenberg’s portraits can be best described as ‘personal documentaries’.
Her intent is to make visible the experiences and living conditions of people portrayed in her photographs,
insofar as these can be inferred from postures and facial expressions.
She therefore eliminates as much as possible any direct indication of the social position of the people she portrays.
She emphatically avoids any rhetorical or theatrical means: the lighting is uniform and nondramatic; distracting devices or props are purposely omitted.
She wants to photograph her models in such a way that they are striking as individuals,
without using artificial devices and without the role of the photographer beingdemonstratively present.
She wants to let people express themselves in a natural manner, without exaggerated posturing or assuming a pose.
Her sober style of making photographs is closely related to the use of a 4×5 inch field camera.
This technical camera requires a slow and rather laborious method of working
which demands a lot of concentration and patience from both photographer and model.
This ‘inconvenience’, however, is compensated by the incredible clarity of the image, in which an amazing amount of detail comes to light.
And this is exactly what Dana Lixenberg is seeking:
small, inconspicuous details such as the position of a hand, the structure of the skin or a certain glance of the eye.

Dana Lixenberg´s portraits have one common denominator: her images never denunciate the person she is depicting. Empathy and sensitiveness are the ground she is working on.

Generally, with the exception of the portraits from the “Last days of Shismaref”,
there is hardly any reference to the way of life of the persons she is collaborating with. This way her counterparts are not stereotyped.

Dana Lixenbergs protagonists need a written statement to connect them to the setting they were taken from. I don´t take this for a weakness of her work: it´s an intelligent way to deal with photography.

Reading Dana Lixenbergs photographs I detect fascinating differences of her attitude towards the groups of people she is confronting herself photographically: the people of the Imperial courts emanate warm melancholy, while the personnel of her series “United States” seems to be suffocating form artificiality and loneliness.

Photographs don´t tell the truth, they are opinions stated by the photographer.

The homeless people of Jeffersonville, Indiana are people like you and me. What happened to them, could happen to us. Homelessness is a fate forced on the people by the structures of society.

Safety in life is a matter of chance. You can´t influence the settings you are born into.

We are the others. This is what Dana Lixenberg could be saying with her generous, powerful portraits. 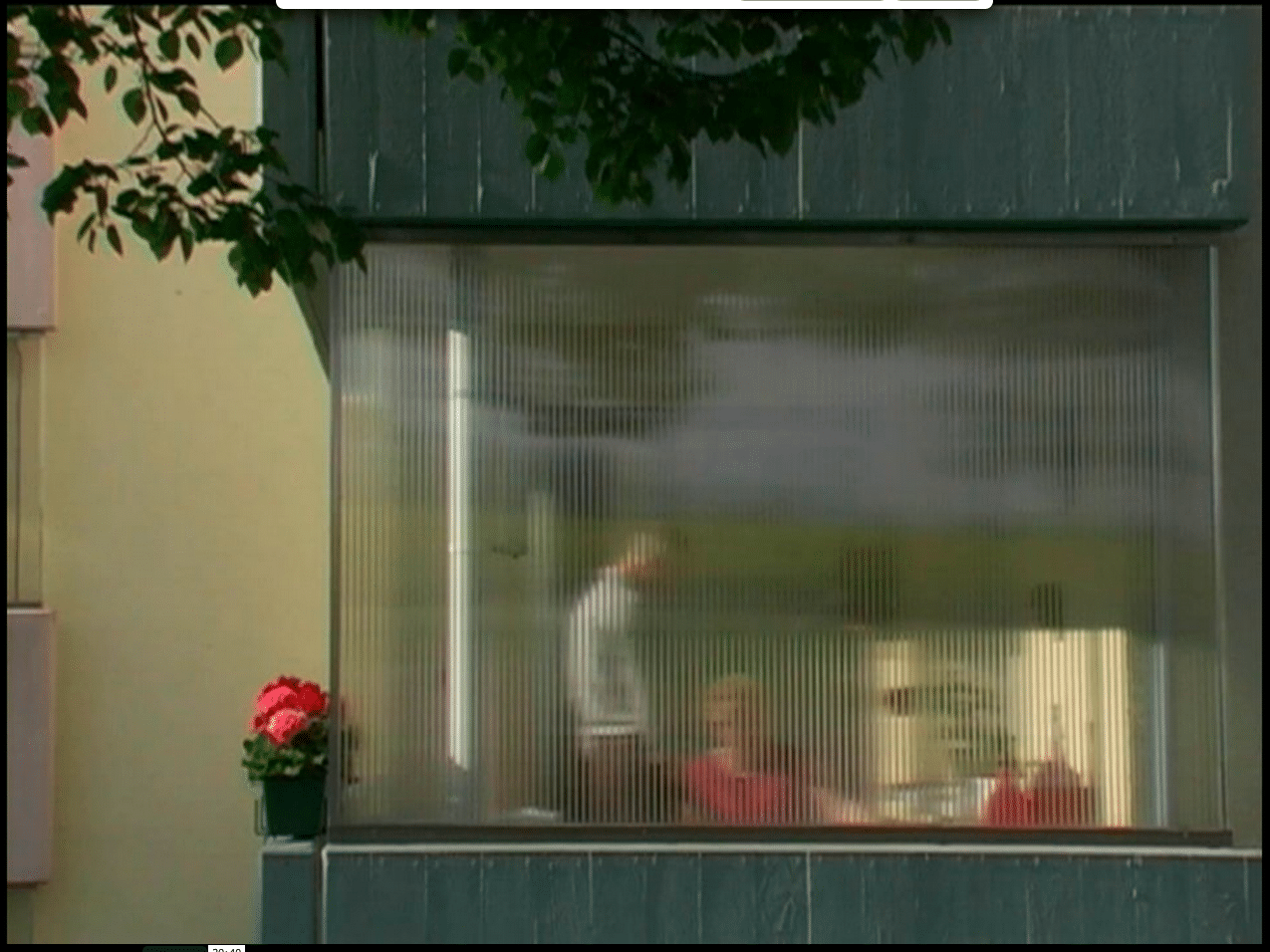 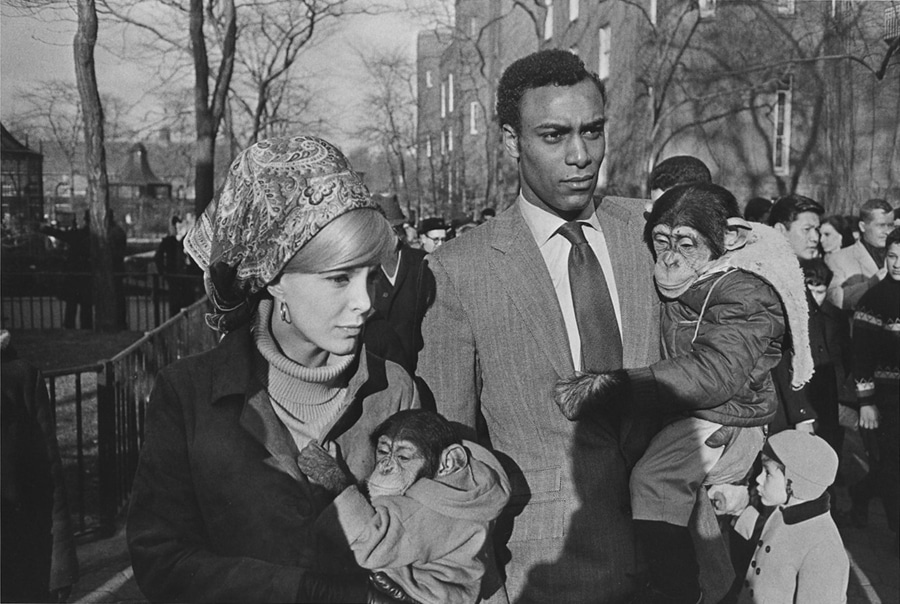 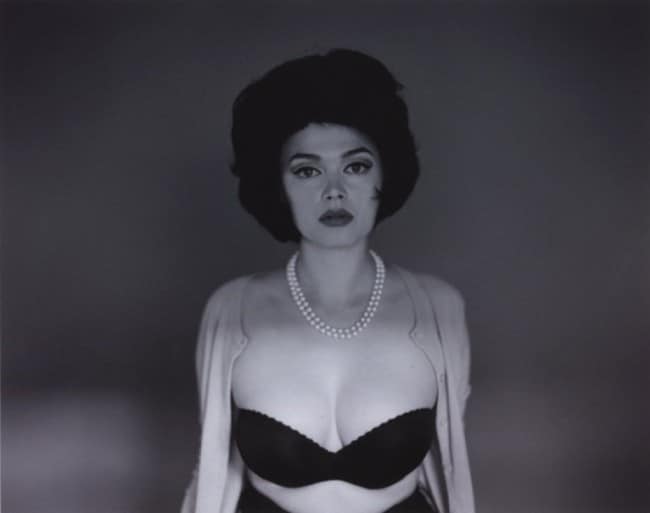