Just weeks after my daughter, Krissy, was born, I began to photograph her toothless smile and waving hands. My father had given me a Pentax camera for my eighteenth birthday and I, more or less, knew how to expose the film. We were living in a dismal loft with low ceilings and a sagging, splintery floor on the Bowery in lower Manhattan. I’d gone back to work part-time a week or two after she was born, leaving her father, Darryl, to care for her.

Although he had been regarded as a gifted painter at Bard College, where we both went, Darryl had little understanding of how difficult it was to get work shown, especially for anyone black, however handsome and light-skinned. Only Romare Bearden’s work was well known. To complicate his prospects for the future, Darryl had no intention of going back to work as a waiter, but neither had he planned how he would afford to continue his work. The leftovers from my small salary allowed for minimal drawing materials.

I was invested in Darryl as the artist, had no idea that I would begin to slowly build up a body of work. I imagined little for myself, a common dilemma for women who graduated from suburban high schools in the late fifties. The expectation was marriage –- Darryl and I never even discussed that.

When Krissy was less than a year old, Darryl headed for San Francisco, leaving us in a small apartment for us on the top floor of a tenement on Avenue D. At night, I occasionally heard men climbing the fire escape to the roof. By day, I could look down on kids playing in a corner lot of rubble.

After some months, Darryl phoned—he had a job a shared apartment, and wanted us there. I quit my job and we went.

The young couple who lived in the apartment with Darryl on Haight Street had a six-month-old baby’ he lay alone in a tiny dark room while they smoked dope at the kitchen table. I brought him into our room and he joined us on our mattress on the floor, where he gradually became interested in Krissy’s goings-on, learned to turn over, and started to crawl.

Since I was the only person in this hay day of the hippie movement who never used marijuana, dropped acid or drank, I was quite a sore thumb around Darryl’s friends. I at least wanted to have our own apartment. That was a mistake. Page Street was a sunny, empty, lonely place. Krissy and I went to the zoo, and often watched horror films, one after another, with her on my lap in a downtown movie house. After six months, I had had enough and took Krissy back to the noise and chaos of New York, to my friends, to find another job and apartment. Luckily, there was a vacancy in a building on 12th Street where my friend, Jane Peterson, lived with her husband, Eric.

Within a few months, Darryl came back to us. And so it went. He would leave, return to his life on the West Coast, to some woman or another. He would come back. Then leave again. Come back.

Somewhere in here, when Krissy was three or four, father and step-mother, Mari, urged me to finish college. They were worried about my inability to earn a steady income. The Goddard Adult Degree Program allowed a residency in Vermont of two weeks every six months, so that seemed feasible. During my first semester, I began to write about my intense memories of the house where I had lived before my mother died of cancer when I was twelve. Though I still vividly remember those large rooms, the polished dining table, the folded paper lamp that hung above it, the treadle sewing machine in the corner, I remember only the barest fragments about my mother. I don’t know what she looked like except through five or six snapshots in the leather-bound family album. Finally I understood that my obsession with recording my daughter and her life was because I was unable to remember having been a child, having lived within a family, I decided to take the photographs more seriously, even though I still didn’t know how to print.

Will Faller, a good friend who had been earning an unimaginable quarter of a million dollars as a commercial photographer in the late sixties, offered to teach me to develop film and print in his basement studio on 6th Street. His technical skills and perceptiveness provided the grounding I so needed. Marion Faller, Will’s ex-wife who lived with their son just up the block, was instrumental in my joining a cooperative gallery. Barbara Lobron, an assistant editor at Camera 35, noticed my work in a group show and told the editor, Jim Hughes, about it. A large portfolio that included the Krissy photos and eight months of daily self-portraits that I had taken from 1972 into 1973 was published in the Camera 35 Annual.

I have no idea what would have happened to me if Jim Hughes had not functioned as a hand-from-the-side-of-the-stage. I’d had endless temporary jobs – assistants to city planners and landscape architects, typists and secretaries, as a part-time teacher in a program for second graders already failing in school. I can’t remember all the things I did to put together just enough money for Krissy and to survive. After publication of the portfolio, I was offered two part-time jobs teaching photography at the New School of Social Research and at Brooklyn Community College, at last having walked into something I could do well. I began to show work and a number of the self-portraits were purchased by the Museum of Modern Art.

My best and fourth therapist, Dr. Gordon, whose kindly silence allowed me to talk my way into a slightly more cohesive self, helped me finally free myself from longing for Darryl when he wasn’t there, and resenting his sullen presence when he came back. I had been replicating my father’s relationship with his second wife, the nurse who had brought my mother home from a hospital in Chicago to die. This woman had divorced her second husband to marry my father, but for six years continued regularly commuting to Chicago to maintain her prior relationship. When she was gone, my father drank copious amounts of scotch and often slept in the bathtub at night, turning on the hot water when he got cold. They divorced a year after I graduated from high school and he married Mari Vargosko. They spent a devoted thirty years together.

THE MOVE TO BOSTON

When an advertisement for a yearlong fulltime job at MIT crossed Jim Hughes’ desk, he urged me to apply for it. By then, he’d decided that our living situation on 5th Street between Avenue A and B was too dangerous. “Krissy needs a tree,” he told me.

I got the job. Will drove a U-Haul with Krissy, the cat, dog, me, boxes of prints and bits of furniture up to Brookline where he helped me move into an apartment that cost more than half of what I would be making a month. I had chosen that area for the school system.

Krissy was nine then. And the photographs change radically. We were no longer in the familiar spaces of New York, no longer with our friends. My images are more formal, almost as if I am keeping my distance by way of apology for having taken her from a vibrant, if rough, life. I didn’t realize that soon the casualness of the 60s and 70s would give way to a more buttoned-up existence, even in New York. And Krissy certainly didn’t understand that. She steadily resented the loss of the Lower East Side.

I found the move just as hard. Perhaps if I’d been able to work longer with Dr. Gordon, I would have had a stronger sense of self. But, the people I came to know were, by and large, successful women with PhD’s, houses or condos. I compared my lack of education and financial difficulties with their achievements and possessions, though none of them seemed to care about my deficiencies.

The job at MIT lasted for three years and then a painter and video artist, Ros Barron, recommended me for a job teaching photography at the University of Massachusetts at Boston. On the last day of high school, as I took a photograph of Krissy outside the apartment, she said, ‘That’s all. No more photographs.” 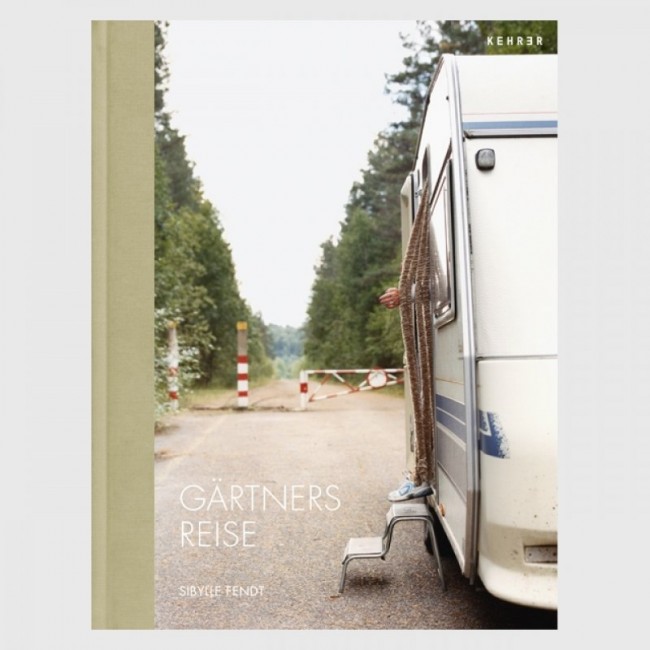 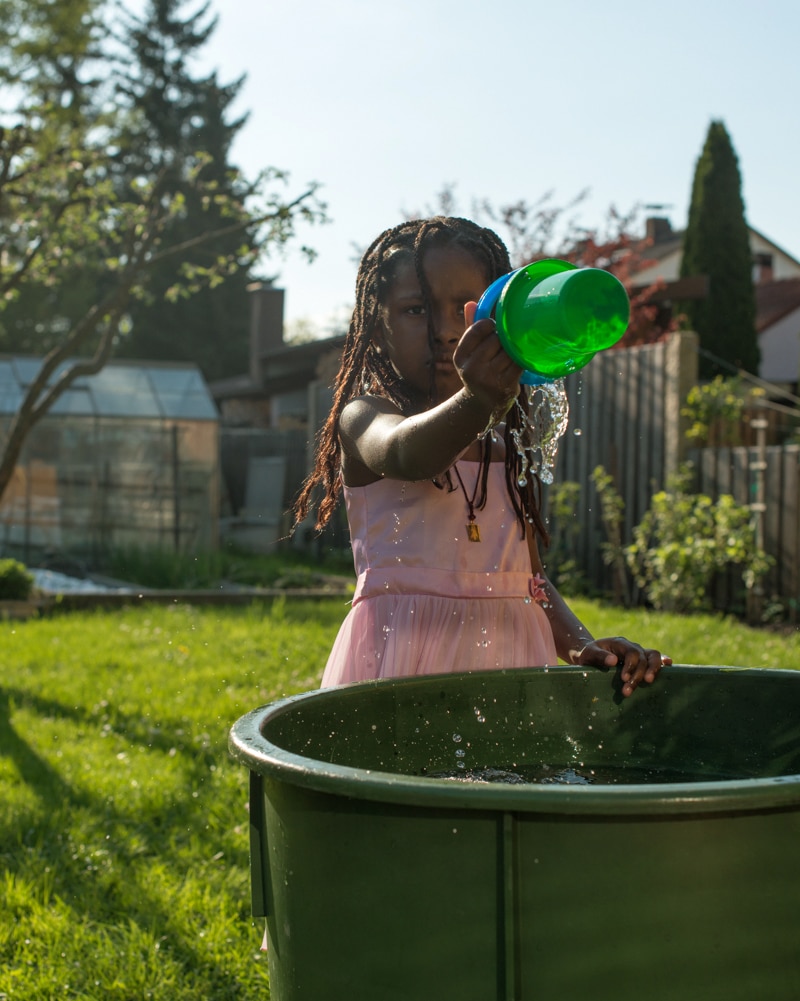