Sally Mann
This blog post (the passages in blue)  I wrote in the summer of 2012, seven years ago. Meanwhile I had abandonned this blog, 2019 I really got in trouble, because I was accused of spreading child pornography by German authorities.

Over the years I had many short encounters
with the books by Sally Mann. Standing in the bookstore,
I pulled her books out of the shelve,
looked at her masterful photographs and then,
feeling disappointment, reluctantly put them back again.

Americans seem to like cake with a lot of icing. I don´t.
Quite a few of Sally Mann’s photographs have a lot of icing on them:
dramatic black and whites,
naked and beautiful children
in homes too beautiful to be real
or children, naked again,
surrounded by nature looking like paradise.

Apart from the form I was disturbed
to be forced to look at the private parts of young girls.
This made me feel uneasy.

THIS WAS THE PLACE OF ONE OF SALLY MANNS PHOTOGRAPHS.  I REMOVED IT BECAUSE I WAS ACCUSED TO SPREAD CHILD PORNOGRAPHY.  MY BLOG WAS CLOSED BY GERMAN AUTHORITIES FOR SEVERAL MONTHS. FOR MONTHS I WASN´T TOLD WHAT PHOTOGRAPHS AND WHICH BLOG POST WAS THE REASON FOR THIS ACCUSATION.  FEDERAL POLICE TASK FORCE DIDN´T ANSWER MY MAILS.  I REALLY WAS UPSET AN FELT QUITE HELPLESS. PROMINENT PUBLIC FIGURES WHO ADVOCATE CIVIL RIGHTS DIDN´T CARE TO ANSWER MY MAILS LOOKING FOR HELP. FINALLY I WAS INVITED TO A LOCAL POLICE STATION; HERE I GOT A CHANCE TO DEFEND MYSELF. THEN MY FINGERPRINTS AND PHOTOGRAPHS WERE TAKEN, I HAD TO UNDRESS AND A DNA SAMPLE WAS TAKEN.

AGAIN A MONTH  LATER I GOT A SHORT NOTICE BY A PUBLIC PROSECUTER THAT THE PROCEEDINGS AGAINST MY PERSON WERE DROPPED.

NOT REALLY A HAPPY END.

Ute Behrend, a photographer colleague of mine,
and a loving mother of two girls, mentioned Sally Mann´s work admiringly.
She especially referred to Sally Mann’s book “AT TWELVE”,
and Cynthia Henebry also mentions her in one of her interviews.

These two women obviously have no problems
with the nakedness of girls, and no problems with their private parts exposed to everybody’s gaze.

Both Ute Behrend as Cynthia Henebry look at these girls
depicted by Sally Mann and recognize what they already know.

I am a male, the matter is different for me.
Garry Winogrand brilliantly described my,
a males lustful gaze on women.

And then we look away, not to be caught,
afraid of being offensive.

But girls are forbidden territory.
To look at them as sexual beings is a taboo.
Children have to be protected against anything
that could deeply hurt them for the rest of their lives.

I have shown “At Twelve” to the female participants
of a photography workshop I gave, and also to my partner in life.
Their mutual reaction was that they started to distance
themselves from the images when it became too obvious
to them that Sally Mann is staging her photographs,
that she is directing her girls into poses
that don´t seem to come by naturally. (2012)

Some of the images on Sally Manns website my partner simply called stupid. (2012)

Other than Jock Sturges, whose work I detest,
Sally Manns photographs are at their best perfectly composed,
intensive and beautiful images about childhood,
a childhood that always seems to be loaded with tension
and sometimes with a hint of possible threats.
I am amazed by Sally Manns mastery
and and also amazed how often she looses balance
falling into to realms of kitsch.
But this might be only a matter of taste, of my taste. (2012)

I respect Sally Mann´s work,
I admire the mastery of her successful photographs,
I respect her touching a taboo,
because taboos have to be dealt with openly,
and I respect her doing this in a country
where a self declared moral majority
is hysterically oppressing lifestyles and ideas
that are outside of the boundaries of their comprehension. (2012)

Reading my words from 2012 I see their limitiations. I was not clear enough. Actually I don´t like Sally Manns work.  I think the private parts of children should stay private.  I alsor don´t like the artificiality of most of her images. Still , there is a rare quality in her photographs: she managed to  definde a style of her own, and she has found a strong pictorial language.  Maybe her work would be outstanding, if the innocence of nakedness in public would actually exist.

Especially that of children.

My granddaughter is four now. Running around naked in the backyard is quite usual and normal for her. And I got used to it. But with us, her grandparents, we dress her up in public, even at the beach. And I would not publish images of her, showing her naked.

Maybe Sally Mann  took her images in more innocent times. She, as their mother, has evidently a special relationship to her kids. Nakedness is natural here.

But not in public. Maybe thats the mistake in her thinking, as the form of paradise, that she depicts, only exists in very special moments. Everyday life is very  different most of the time.

Sally Manns photographs of her kids are not pornographic. Also, they don´t document any form of sexual abuse. Neither was my blog post in any way pornographic, nor did I spread child pornography.

I discussed, in my limited way, Sally Mann´s images of her children. I articulated my unease.

Some of Sally Manns images are very private.  Some are phoney. Some are  well observed and strong.

I felt threatened in my existence with this charge. This was very upsetting for me. So I self censor myself exactly in this moment: I take Sally Manns images from my blog.  But, as an excuse, doing so won´t hurt her.

Her images are all over the place anyway.

Shame on the people that denuncaited me.  Shame on them, and their obvious ignorance and stupidity. (2019) 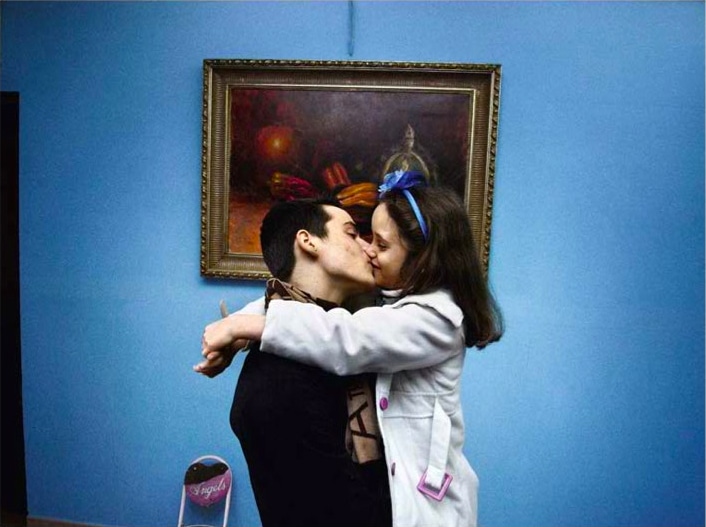 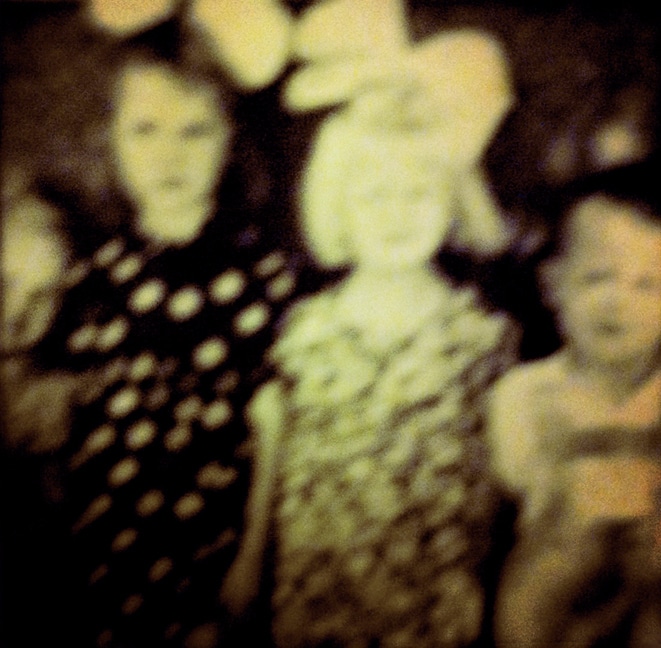 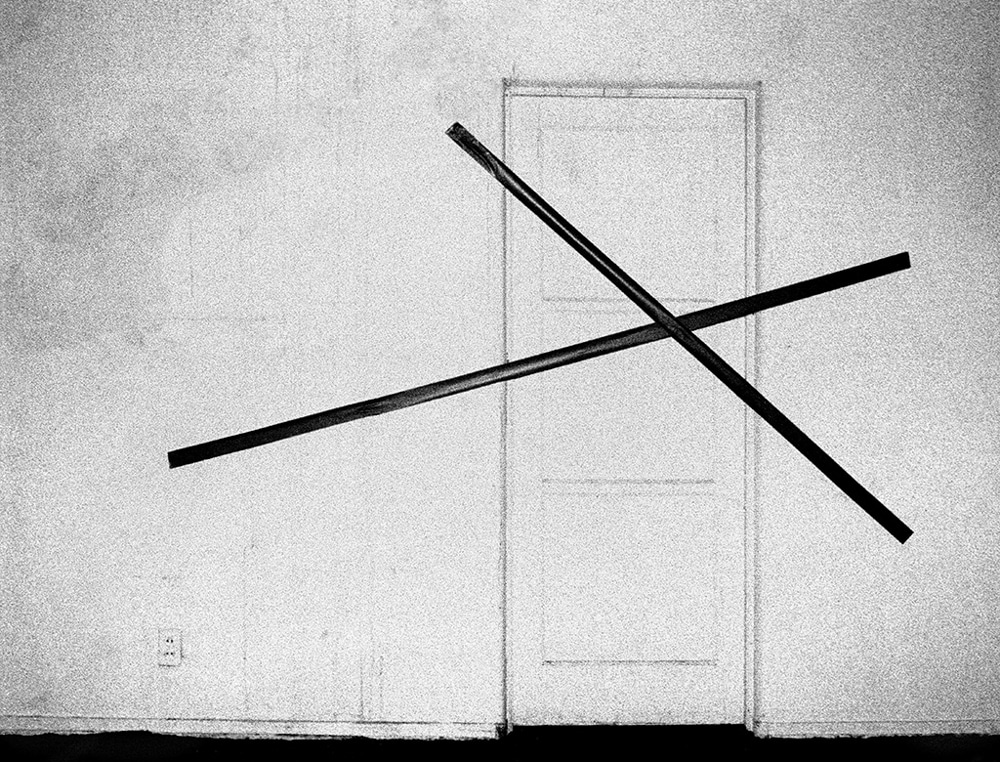