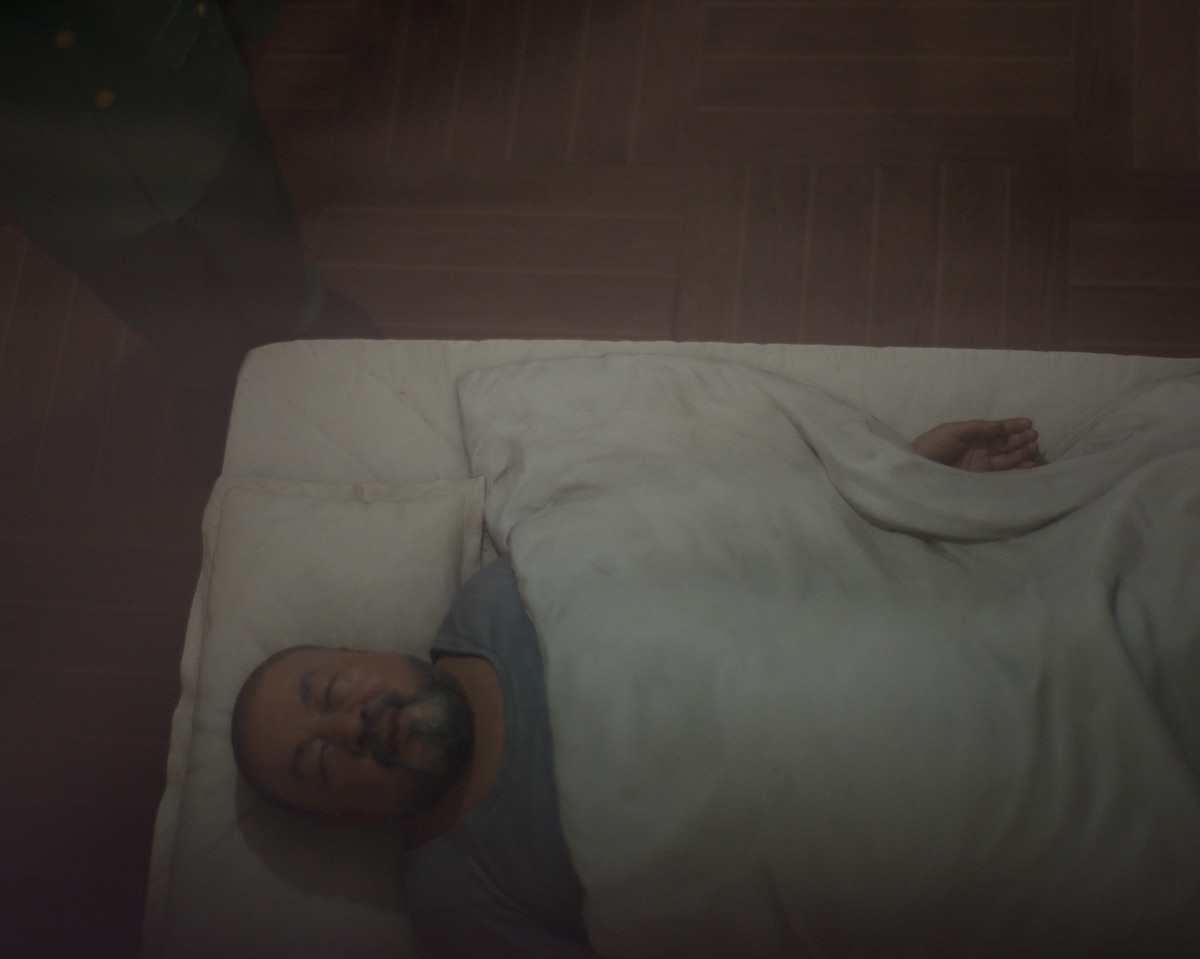 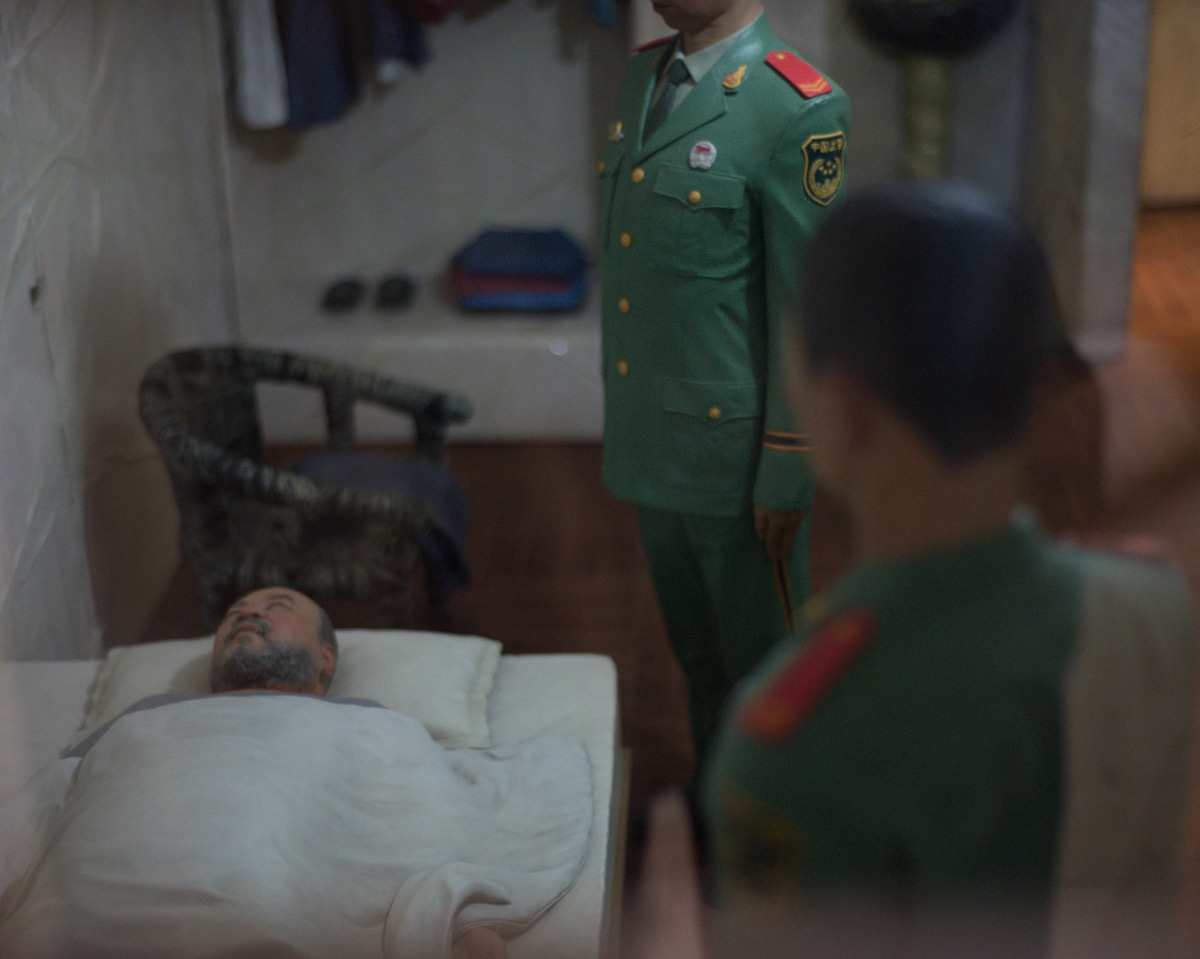 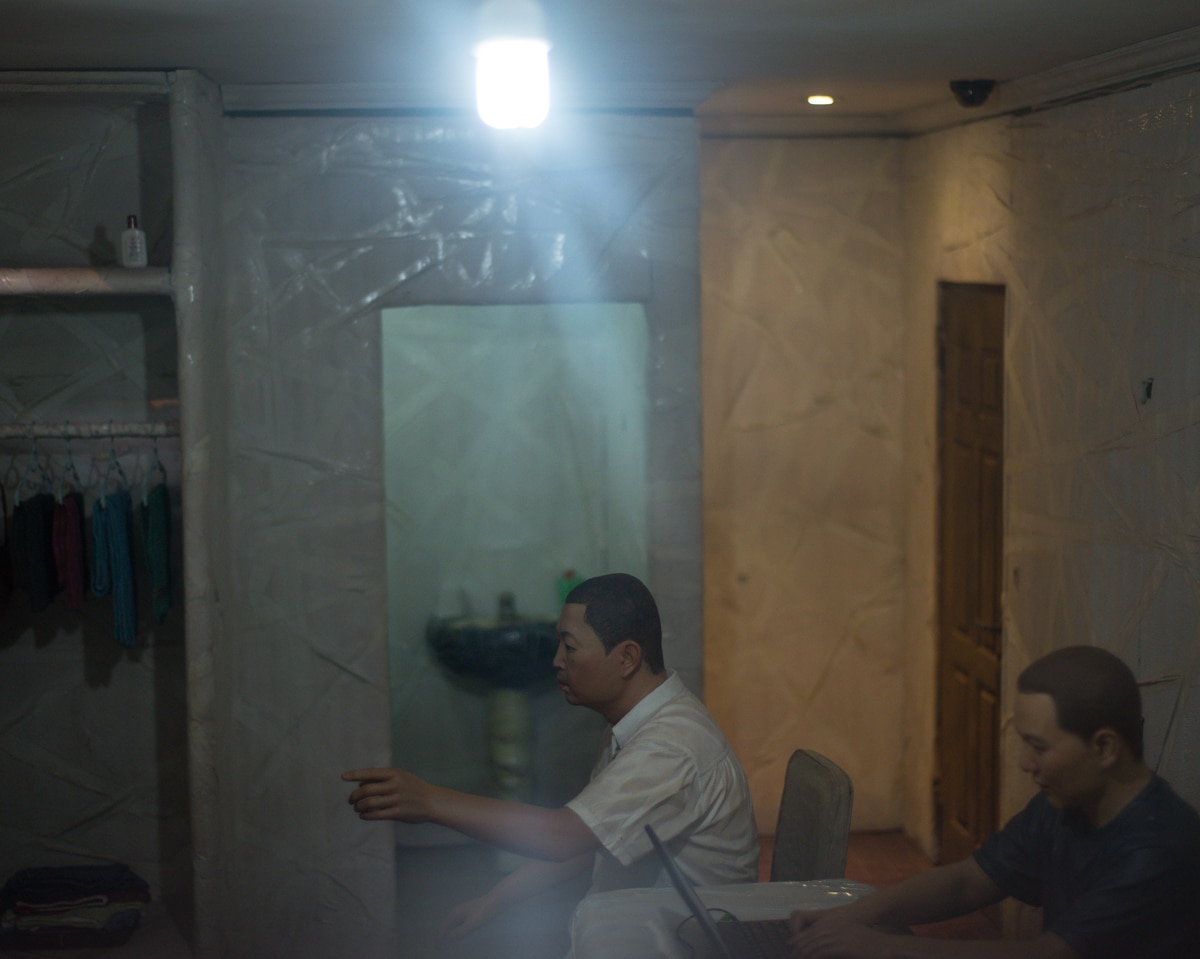 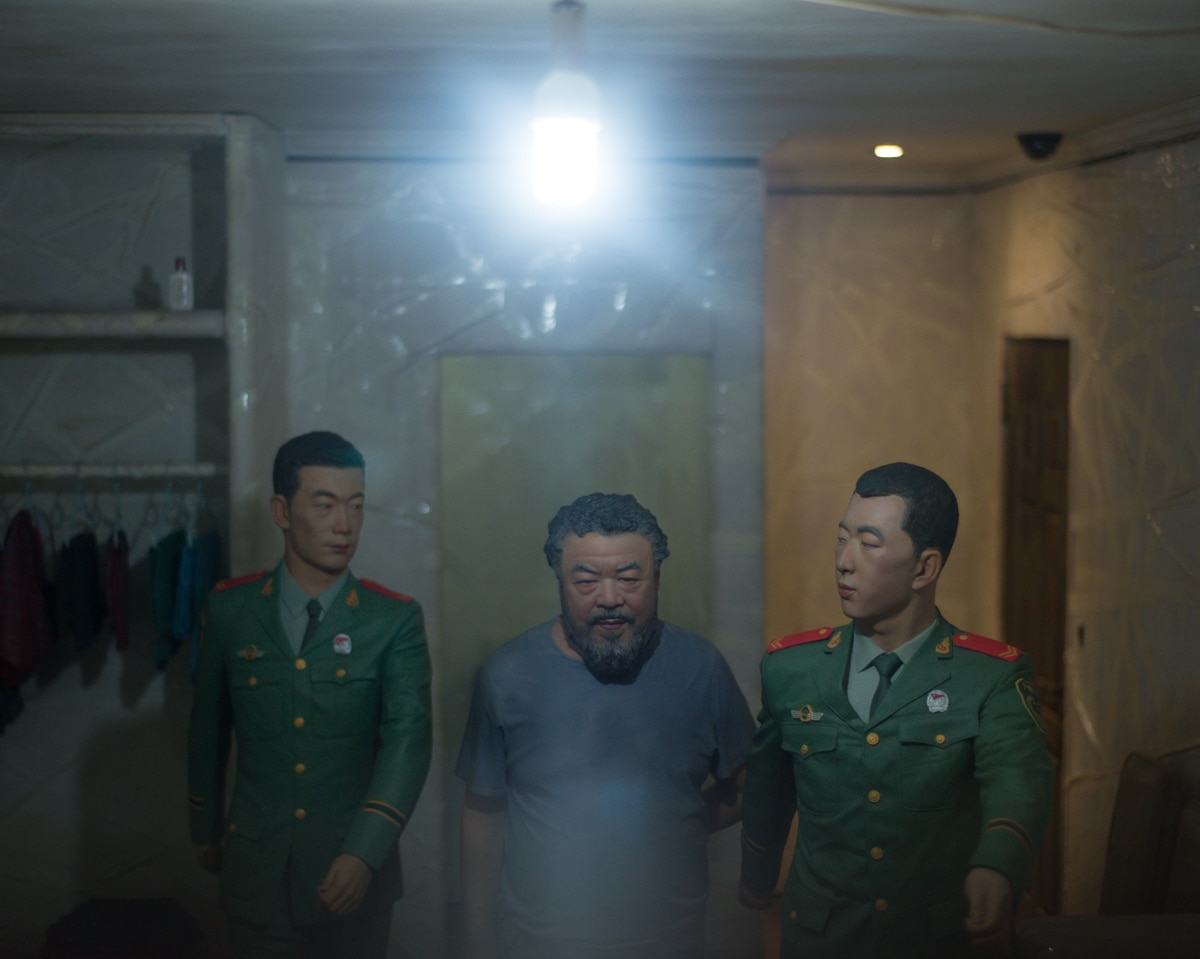 My partner and I were in Venice for seven days.
Though we did our best, and we did a lot,
we only managed to see a part of the Biennale.

Ai Weiwei presents an installation consisting out of 6 dioramas, each of them housed in a large , two and a half to iron box.
In each of them a scene of his 81-day imprisonment is depicted: a small cell,
Ai Weiwei closely observed 24 hours a day by two guards taking shifts. No moment of privacy left: Ai Weiwei observed while being a sleep, while standing under the shower, while going to the toilet, while eating.

We observe Ai Weiwei being interrogated in his little cell.

Total observation, reflecting the mindset of a totalitarian system.

(Yes, we the humble citizens of western democracy are observed closely too, but it is said, its for our own safety only, so it must be alright…. and we don´t really notice: it is a more elegant and smarter way to exert control.)

So what the do: we look through little openings from above and the side of those heavy boxes, to observe the observer and the observed.

Looking at my photographs I see a pictorial language and a color palette that reminds me of socialist realism. I see Ai Weiwei asleep; his hands open to the observer like the hands of crucified Jesus.

Ai Weiwei produce this work in China (obviously secretly), and he somehow managed to get it out of China undetected. S.A.C.R.E.D, as most of Ai Weiwei´s projects is personal and highly political, it is also an act of defiance against an overwhelming state that has no problems to use all his might against individuals.

Governments that are not controlled by the people are dangerous.

Principiis obsta and Finem respice—‘Resist the beginnings’ and ‘Consider the end.’

They Thought They Were Free

“What no one seemed to notice,” said a colleague of mine, a philologist, “was the ever widening gap, after 1933, between the government and the people. Just think how very wide this gap was to begin with, here in Germany. And it became always wider. You know, it doesn’t make people close to their government to be told that this is a people’s government, a true democracy, or to be enrolled in civilian defense, or even to vote. All this has little, really nothing, to do with knowing one is governing.

“What happened here was the gradual habituation of the people, little by little, to being governed by surprise; to receiving decisions deliberated in secret; to believing that the situation was so complicated that the government had to act on information which the people could not understand, or so dangerous that, even if the people could not understand it, it could not be released because of national security. And their sense of identification with Hitler, their trust in him, made it easier to widen this gap and reassured those who would otherwise have worried about it.

“This separation of government from people, this widening of the gap, took place so gradually and so insensibly, each step disguised (perhaps not even intentionally) as a temporary emergency measure or associated with true patriotic allegiance or with real social purposes. And all the crises and reforms (real reforms, too) so occupied the people that they did not see the slow motion underneath, of the whole process of government growing remoter and remoter.

“To live in this process is absolutely not to be able to notice it—please try to believe me—unless one has a much greater degree of political awareness, acuity, than most of us had ever had occasion to develop. Each step was so small, so inconsequential, so well explained or, on occasion, ‘regretted,’ that, unless one were detached from the whole process from the beginning, unless one understood what the whole thing was in principle, what all these ‘little measures’ that no ‘patriotic German’ could resent must some day lead to, one no more saw it developing from day to day than a farmer in his field sees the corn growing. One day it is over his head.

“How is this to be avoided, among ordinary men, even highly educated ordinary men? Frankly, I do not know. I do not see, even now. Many, many times since it all happened I have pondered that pair of great maxims, Principiis obsta and Finem respice—‘Resist the beginnings’ and ‘Consider the end.’ But one must foresee the end in order to resist, or even see, the beginnings. One must foresee the end clearly and certainly and how is this to be done, by ordinary men or even by extraordinary men? Things might have. And everyone counts on that might.

As privacy advocates and security experts debate the validity of the National Security Agency’s massive data gathering operations, the agency is putting the finishing touches on its biggest data farm yet.

The Utah Data Center is a data farm that will begin harvesting emails, phone records, text messages and other electronic data in September.

Yes, I realize I’ve broken Godwin’s Law with this post. Can’t be helped. Think about this – The NSA gets $1.2 billion to build this gigantic data gathering center, while food stamps are cut, while Meals on Wheels are cut, while cuts to Social Security are being proposed. Because those programs are too expensive, because government is “too big”.

The National Security State is stealing from all us – not just our data, but our common wealth, our prosperity, our prospects for forming a “more perfect union”. 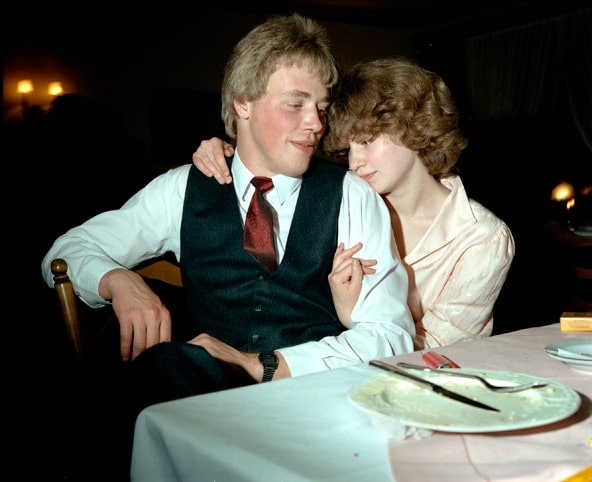 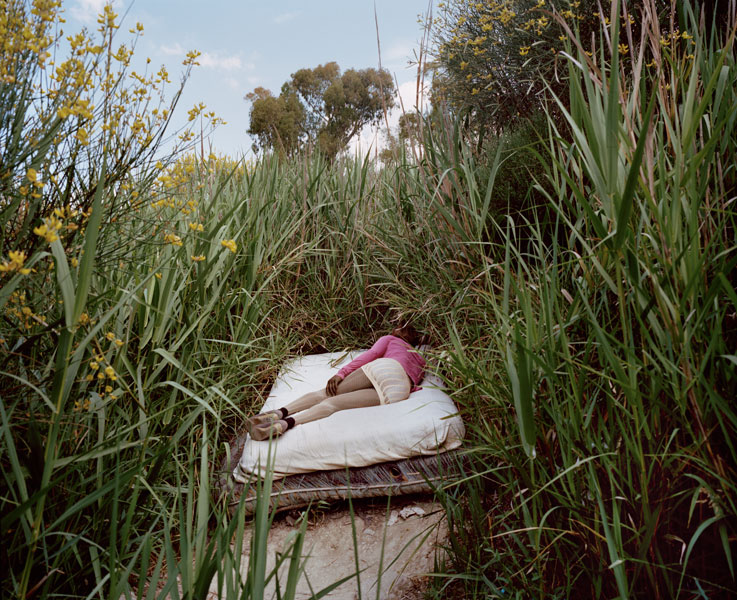 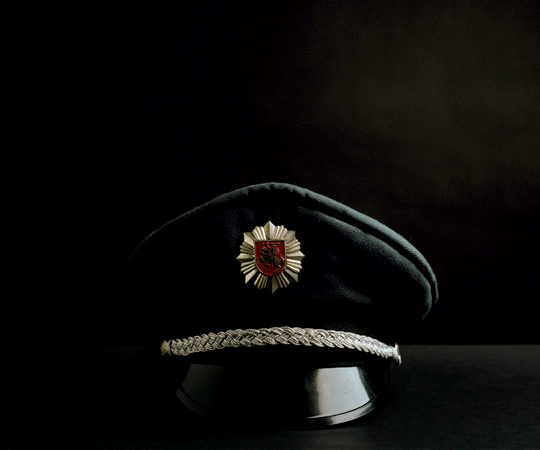