I was raised by nuns. This is Sister Mary St. John, sitting behind her desk in the second grade. She was a tough cookie. All the nuns were tough at St. Martin’s Grammar School in Sunnyvale. Sister St. John wasn’t mean like some of the others, just stern. Discipline always came first. How else could she survive in a classroom packed with more than fifty unruly kids? She was a wily, battle-hardened veteran with eyes in the back of her head. I was convinced they were concealed behind that long black veil. What else was hidden under there? Did she have hair? What kind of ears did she have that allowed her to hear the softest whispering, way back in the last row? She taught me to be observant and wary—good training for a photographer.

I took this picture one morning before class with my Kodak Brownie Hawkeye, a black plastic box camera that I received for my eighth birthday. It shot 620 film and produced a pretty good 2 1/4 inch negative. I often took my Hawkeye to school and photographed my classmates and teachers. Even as a child I realized that the person who holds the camera is in control. It gave me a feeling of power. I could look Sister St. John straight in the eye through my viewfinder and think, “I’m in charge here.” Look this way. Smile. Hold it. Good! 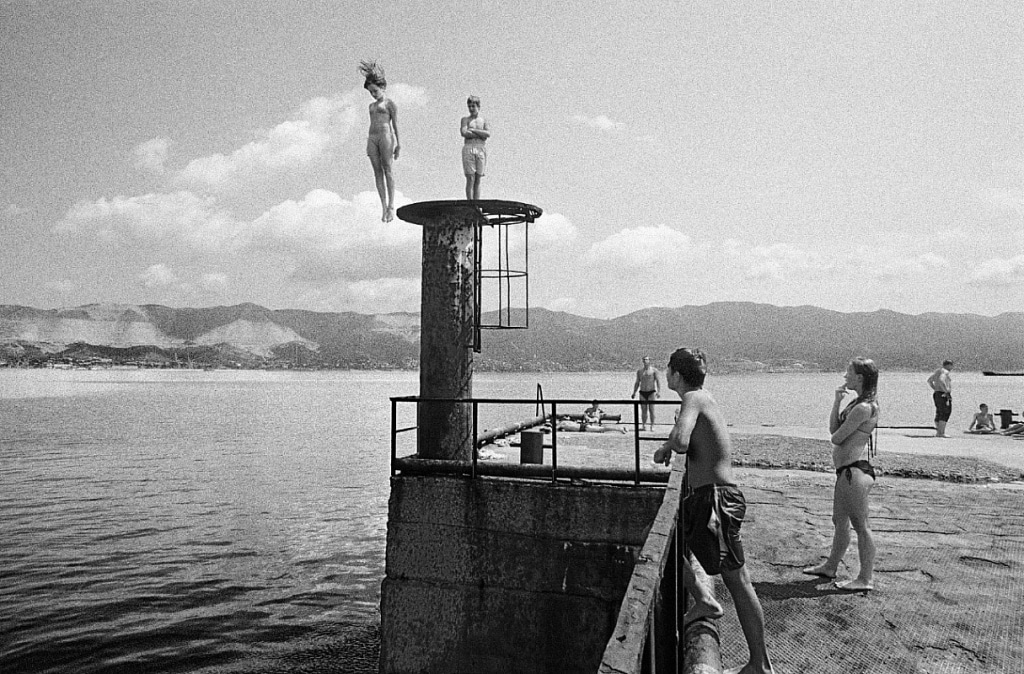