Cibic was in conversation with curator, Tevž Logar to discuss her presentation for Slovenia. She revealed key elements of her specially conceived installation at the Slovenian Pavilion, which include two new films that dramatize the power paradigms inherent in systems of authority. One stages an imagined conversation between former Yugoslav state architect, Vinko Glanz and a young female journalist around strategies of state architecture; the other is a word-for-word reconstruction of a 1957 parliamentary debate held to discuss the appropriateness of artworks proposed for the newly built People’s Assembly.
Cibic and Logar began by defining key imperatives of her practice and showed how her long found interest in staging performative interventions that explore strategies around representation, context and reception have been manifested in this project. Cibic further talked about the importance of architectural frameworks in producing meaning, what it means as an artist to be invited to represent your country at an event like the Venice Biennale, and her continuing interest in soft power.
She also gave away signed limited edition samples of a specially conceived wallpaper covered in images of a rare Slovenian beetle with the somewhat ideologically charged moniker of Anophthalmus Hitleri. Named after the Führer in 1933 by ‘fan’, Slovenian based, German collector Oscar Scheibel the Hitleri, unsurprisingly, failed to be adopted as a national mascot, despite the interest in Slovenian cave animals, especially ones as rare as this. It has now been almost completely exorcised and is on the danger of extinction, especially as it is much sought after by Hitler memorabilia collectors and fetches a small fortune on the black market. 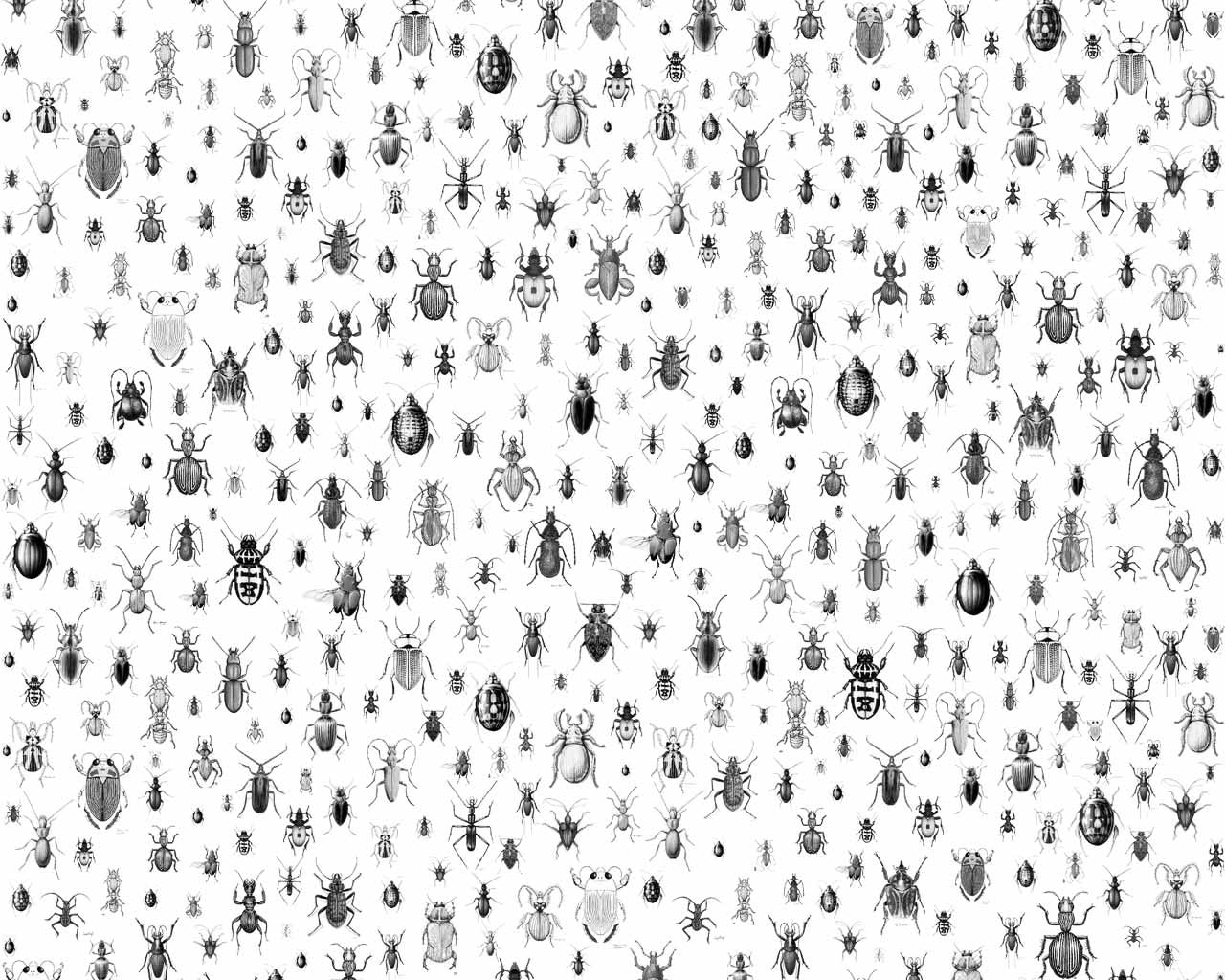 FOR OUR ECONOMY AND CULTURE

Jasmina Cibic’s presentation for the Slovenian Pavilion, For our Economy and Culture, continues the artist’s interests and methodologies and takes the curatorial directive of the 55th International Art Exhibition – la Biennale di Venezia: The Encyclopedic Palace as a starting point to further explore systems and hierarchies of knowledge and presentation.

Using the architectural specificity of the Slovenian Pavilion, a repurposed private residence, and referencing state architectural strategies, Cibic will create an immersive multi-media installation that appropriates the entire space and explores issues around national representation and framing.

Into this context, Cibic places a variety of elements, which further examine modes of exchange, reception and constructions of identity. These include two films, shot on official state locations, which underwent numerous redesigns concurrent with national cultural and political imperatives. The films present philosophical and architectural theories of purpose, form, function and aesthetic priorities through, in one, a staged interview between a (male) architect and (female) journalist, and in the other, a recreation of a 1957 parliamentary debate set up to decide which artworks might be suitable (i.e. nationally representative enough) to ‘decorate’ the newly built People’s Assembly. In each film, the re-imagining and re-contextualising of such issues, dramatizes not only the power paradigms inherent in systems of authority, but also the explicit contradictions present in the transmutation of a national identity from past to present, place to place.

For our Economy and Culture also features a series of historical and contemporary paintings of flower arrangements drawn from the Slovenian Parliament’s official art collection. Such paintings are routinely selected to decorate the current government offices, literally framing MP’s as they hang behind their heads and presenting a particular ideal of state image. By utilising these apparently neutral and decorative images within the context of her installation, Cibic further articulates her interest in art as ‘souvenir’ a token of national identity. As a further framing device, the interior of the pavilion will be entirely covered with wallpaper carrying obsessively repetitive scientific illustrations of an endemic Slovene beetle, a ‘failed’ national icon that has almost been completely exorcised solely because of its ideologically charged name, Anophthalmus hitleri.

“Architecture built during the period of socialism in Slovenia expressed strong ideas about how to build a neighborhood, how to create an image of a welfare state. At the same time it created hidden corners, such as Villa Bled, which should not be forgotten. It is one of the considerations Glanz’s legacy offers, the part that was somewhat withdrawn, hidden, forgotten. Spaces of the former bourgeoisie that had fallen into the domain of the party, were the other side of the coin, which were for the context of socialism and the question of representation a contradictory truth. How then could exclusive locations be presented as being representative of the Yugoslav socialist elite? The dilemma had befallen Glanz in the renovation Villa Bled. Items that were worn by the memory of the bourgeois past had been removed, whether it was for decoration or ridiculous association. But how then to create monumental expression, monumental frame?’

Excerpt from Landscape Windows Wallpaper, text by Nika Grabar for the Catalogue of the Slovenian Pavilion at the 55th Venice Biennale

“When in 1937 the Slovenian amateur entomologist Oskar Šajbl, and obviously a big admirer of Hitler, had given the name Anophthalmus Hitleri to the endemic cave beetle that was discovered in 1933 in Slovenia, he could hardly anticipate the complex ideological implications of this today infamous name. Jasmina Cibic boldly includes a direct reference to the unique national blunder of Slovenia from its nationalistic past, a period when the name “Hitler” was still not seen as problematic. Cibic thus points out to the contradictory and paradoxical notion of the artist representing her nation, or more precisely she challenges some paradoxical aspects of the identitarean politics as it is the relation between proper name and national representation.

The images of the hand-drawn beetles that are scanned, multiplied, printed and glued in a form of wallpaper all over the Slovenian Pavilion stress the problematic notion of exhibiting as a rare “animal” exemplifying its “genus” and nationhood. Arguably if interpreted in an ultimately metaphoric way there is no big difference between the endemic Anophthalmus Hitleri and the artist turned nation-representative. The isolated national artistic “sample” exhibited in the context of any contemporary international exhibition, and particularly including the Venice Biennale as one of the last remnants of the traditional exhibition structures based on national selection and representation, closely resonates with the problematic genealogy of the international exhibitions in the imperial structures of the grand exhibitions of XIX and XX centuries and their “human-zoo” elements.”

Excerpt from The political economy of name and events of representation in Jasmina Cibic’s art, a text by Suzana Milevska for the Catalogue of the Slovenian Pavilion at the 55th Venice Biennale

The screenplays of films, Framing the Space and Fruits of Our Land, literally summarize the minutes of a meeting of the Commission for the review of artistic works and sculptures for the new Palace of the People’s Assembly, the documentation of which was found a few years ago among the documents of architect Vinko Glanz. It is a transcribed discussion between political officials, engineers, town planners, architects and art historians, deliberating on which artists will create the mosaics, wall paintings and sculptures on the portal of the People’s Assembly. The discussion focuses from beginning to end on the question of the appropriateness of the artist and the artwork, which can adequately represent the Slovenian nation: the involved attempt to define the criteria of “suitability”, which are already in essence ideological. The position between the individuals in contact with the mechanisms and rules of the ideological “machine”, leads to a mighty conflict, which in the case of minutes of the meeting (and cinematic dramatization of Jasmina Cibic) seems impossible – a fight for unbiased assessment.”

Excerpt from A double game, a text by Tevž Logar for the Catalogue of the Slovenian Pavilion at the 55th Venice Biennale

In For Our Economy and Culture, Jasmina Cibic tackles this very ‘impossibility and inevitability’ of representation in a Groysian ‘paradox-object’: an image and a critique of that image at the same time. Cibic dissects the mechanisms of national representation, or rather she over-identifies with them, embodying and channeling the processes and strategies employed in the creation and selection of national iconography. The viewer is immersed in an environment in which every element carries a historical narrative, illuminating power relations and negotiations that are at play in the selection process. One of the video works shows a heated discussion where what is being debated is whether an artwork in question is fit to represent a nation.

It is difficult to tell what the nature of the work is, or how it could possibly be so wrong, so inappropriate, to inspire such impassioned reactions from the committee. Is it Cibic’s own work that is being scrutinized in such terms? It soon becomes evident that the work that is being discussed could be any artwork and that we are witnessing a moment of the formation of national iconography – a moment of mythmaking. This could be any meeting room, any country and perhaps most disturbingly, any era. The set of values, the desire to create a positive impression, to remove the image from its narrative, to remove it from its conditions of production, and present it as truth, whatever shape that may take, remains universal.

Excerpt from On the Impossibility and Inevitability of Representation, a text by Lina Džuverovi? for the Catalogue of the Slovenian Pavilion at the 55th Venice Biennale

“In the project For Our Economy and Culture, a collection of objects rather a selection of images from the art collection of the National Assembly, made by the artist, recontextualises for the viewer, revealing the relationship between economic, political, cultural and personal values of a specific time and space. In addition, the collection contains an ambivalent position as a public good, but public access to it is actually disabled and it can be seen only under certain conditions, as the works are dispersed throughout the National Assembly, which is subject to strict security controls by security services. It is not one of the national collections that are stored in sheds, but a collection whose works of art, due to their placement within working spaces of the parliament and its administration, serve as a kind of background or scenography for media to create a spectacle that is identified under the name of the country. The motif of the selected images, by renowned authors from different periods, is still life. In some way, in its genre, it relates to one of the elements of created architectural dispositions of the project where it orients the view of the spectator, while the artist’s conceptual intervention justifies the selection of images into becoming rectified “ready-made” objects that reveal the most representative “strategy” of ideological models of the past and present, and directly shows that with such collections or exhibitions and national selection of artists we can never avoid the issue of ideological decisions.”

Excerpt from A double game, a text by Tevž Logar for the Catalogue of the Slovenian Pavilion at the 55th Venice Biennale

via
Pavilion of Slovenia 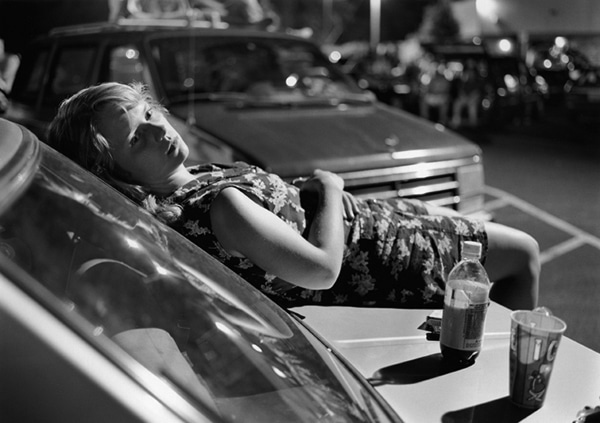 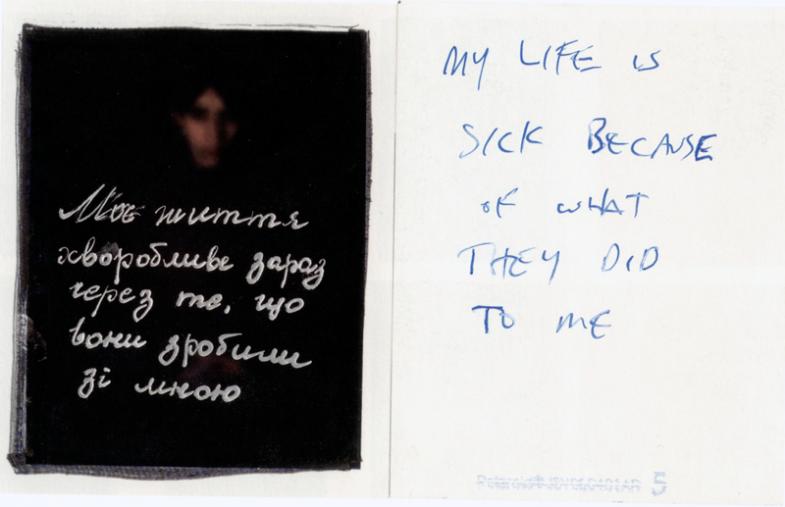 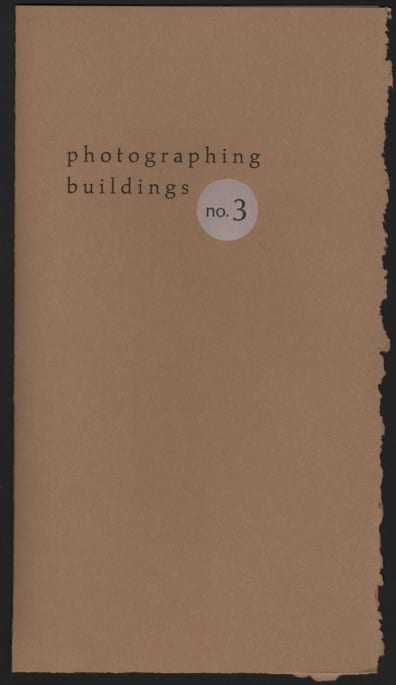