In February 1978 he photographed Christine Gößler for the first time, and he took pictures of her almost every day from then on. In 1979 the first exhibition of these portraits took place, and at that time, Seiichi Furuya was already aware of the inexorability of this project: “I saw in her a woman who passes me by, sometimes a model, sometimes the woman I love, sometimes the woman who belongs to me. I feel obliged continuously to take pictures of the woman who has different meanings for me.” This is what the text published with the photographs said, and it closed as follows: “If I consider photography to be a way of fixing time and space, this work, documenting the life of a person, is very exciting for me. As I see her, take photographs of her, look at her in the pictures, I find myself.” (11)

Christine Furuya-Gößler committed suicide after a long illness in 1985. However, neither did Seiichi Furuya’s feeling of an “obligation” end there, nor was the possibility to find himself through this dialogue over for him. “Time and space” were fixed in thousands of pictures which he had taken over those seven years. And since then Furuya’s new task was to make these documents – and through them, Christine – talk to himself and others so as to prevent the vis-à-vis from disappearing. “The other is absent as a person to relate to but present as someone who is addressed,” Roland Barthes wrote about the “distortion” of the role played by a partner who cannot be reached in space or time. (2) And Seiichi Furuya says: “While I re-arrange the document once more, I encounter her every day.” (3)

There is a famous example from the history of photography showing how the relationship of two people went with the constant taking of photographs and the awareness of being photographed: Alfred Stieglitz portrayed his partner in life Georgia O’Keeffe for years – like Furuya, he made “classic” pictures, nudes, small details or full views etc. However, in their case the model survived the photographer and it was her who selected the photographs for the first publication. It was the person looked at, not the person looking who found her vis-à-vis in years or decades of old pictures: “When I look over the photographs Stieglitz took of me – some of them more than sixty years ago – I wonder who that person is. It is as if in my one life I have lived many lives.” O’Keeffe wrote in 1978. Due to the long time that passed, there is a gap between the experience she made herself and the outward impression; her idea of her own state of being at a certain moment that is long past, and the evidence provided by the picture do not correspond to each other. The absent creator of the photographs, Alfred Stieglitz, cannot be asked about these pictures as a life partner, he remains first and foremost an artist: “If this person in the photographs lived in our days, she would be different – but it does not matter: Stieglitz took the pictures of her back then.” And O’Keeffe even goes one step further in her doubts about her own importance as a model: “I never knew him to make a trip anywhere to photograph. His eye was in him, and he used it on anything that was nearby. Maybe that way he was always photographing himself .”

Perhaps we can actually compare Furuya’s approach with this, even though he does not so much create a picture of himself: rather, he is in search of himself: “As I see her, take photographs of her, look at her in the pictures, I find myself.” This process of finding himself becomes the predominant theme after his life-partner’s death: The pictures that can no longer be taken to this end are found, and thus caused to talk, in the inventory of photographs which was created more or less accidentally – or at least not with this purpose in mind.

In 1989 and 1995 Furuya presented his attempts at arranging the pictures in a certain order when, in both years, he made a book and exhibition, each titled “Memoires”. (5) They were a collection of pictures which had been taken during those years spent together, as well as of photographs which were linked with the events and emotions of those years in retrospect but had actually been taken later. The early untroubled days in which they lived together, the birth of their son Komyo Klaus, his spouse’s illness and suicide were inseparably linked with Furuya’s attempts to grasp the alien European culture and life-style visually and thus intellectually. Pictures from the projects “Staatsgrenze” (State Border, 1981-83, photographs of the “Iron Curtain” in Austria), “Soweit das Auge reicht” (“As far as the eye can see”, 1982-84, views of closed windows from inside the rooms) or “Limes” (1985-87, the Berlin Wall seen from East Berlin, where Furuya lived at the time) combined with the portraits to form a flow of pictures that had a dynamism of its own, transcending any kind of chronology or topography.

Even though both collections of pictures were based on the same, more or less associative system – a sequence taking the viewer from picture to picture while at the same time living on what is not said between the photographs – they are fundamentally different in certain respects.

One can hardly describe the “Memoires” shown in 1989 in other terms than that of a requiem, a lament for the dead. Melancholic from the start, the mournful and solemn mood is even intensified towards the end: the last pair of pictures comprises, in the order in which they were taken, the first and last photographs of the arrangement: on the left, a bunch of flowers brought to a photograph of Christine when she was already ill, dating from 1985, and on the right, the radiant woman in love on the occasion of her first visit to Japan, a few weeks after they first met, from 1978. “That which one cannot speak about must incessantly be put down,” the photographer wrote many years later. (6) At that time he would not have been ready to phrase it like this even though this compulsion to “put it down” on paper, to banish death and invoke the living by constantly working with the photographic material may well have started then. None of the texts in the related publication took the work for what it has meanwhile turned out to be. We all considered it to be more or less an attempt at getting over the death of his life-partner which was experienced as incomprehensible and recognized as ever more inexorable in retrospect. However, it was not an ending, no conclusion in the process of coming to terms with a stage in the artist’s life, it was the beginning of an entirely new way of dealing with a medium used in engaging with one’s surroundings that he had been accustomed to for years, a new way of looking at the photographs and hence his own past, his own share in the disaster which he was only able to address directly in the totality of the “journey”, the strip of contact prints of the last pictures taken before and after Christine’s death.

In 1995 Furuya gave a different ring to the “Memoires”, color seeped in, more space was dedicated to their child, pictures from more recent projects were added to the series composed of already known and many hitherto unpublished photographs from the past, on outlook on the future beyond the act of remembering seemed possible. Once again, the artist looking back took the liberty of arranging the pictures in an associative sequence, interpreting them in his own way in pairs and arbitrary combinations.

However, after this second attempt at circling around the subject who was absent and present at the same time followed an entirely new way of presenting the material he had stored: on the occasion of his exhibitions in Tokyo in 1997, he showed the first chronological sequences of the pictures of Christine. What was revealed there was even more touching and shocking than the photographer’s visual way of mourning in the previous volumes. The photographs, accompanied only by dates and places, bring out before the eyes of the viewer the change in the personality of the model, the woman looked at, the person to talk to, a transformation that was obviously caused by her illness; however, the only reason why it could have turned into such intense pictures must have been the unsettling effect it had on the photographer. And at that point, in 1997, eighteen years after the first exhibition of Christine’s portraits, the artist also started to engage with his view of her role in writing, trying to describe the part of the person looked at in her relation to the act of being photographed and the photographs. What the pictures show also comes out in the text – an interaction had taken place. Christine was aware of her role as a mediator in surroundings experienced as alien, as a window on the world for Furuya – maybe she was even the first to confront him with that insight. She phrased the words quoted above for the first publication of pictures: his knowledge of German would not have allowed for that. Here, it becomes clear that the pictures of the life-partner were not only a way for the viewer to find himself but also that they served the woman looked at as a mirror helping her to define her own role – or her changing roles. At some point in the sequence, and it is hard to pin it down on a certain date, her drive to present herself fades away, increasingly giving in to the growing despair of depression that stares at us from the pictures in a threatening way.

Now, three years later, Seiichi Furuya, re-arranges his “document” once more – and again, he confronts us with the fact that we have by far not seen and heard everything about his memories: all the narratives found in the publication for Tokyo which seemed to make it a detailed description of life with its family ramifications, travels, re-locations, excursions and every-day events, have disappeared from the new project: It is only Christine herself whom we see in 62 portraits.

Again, he has re-defined his current position with the help of the visual memory he draws on: after the series of associations and the chronology of biographical events, his gaze is fully concentrated on Christine’s face. “The journey to seeing Christine again has just begun,” he said in 1997. (7) Today Furuya seems closer to his partner than ever.

Source of this text and of many of the images,
“Portrait”
Fotohof Edition 18 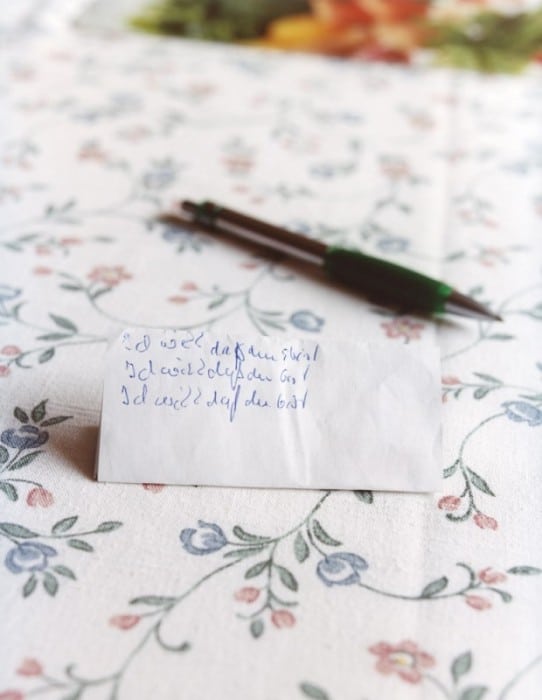 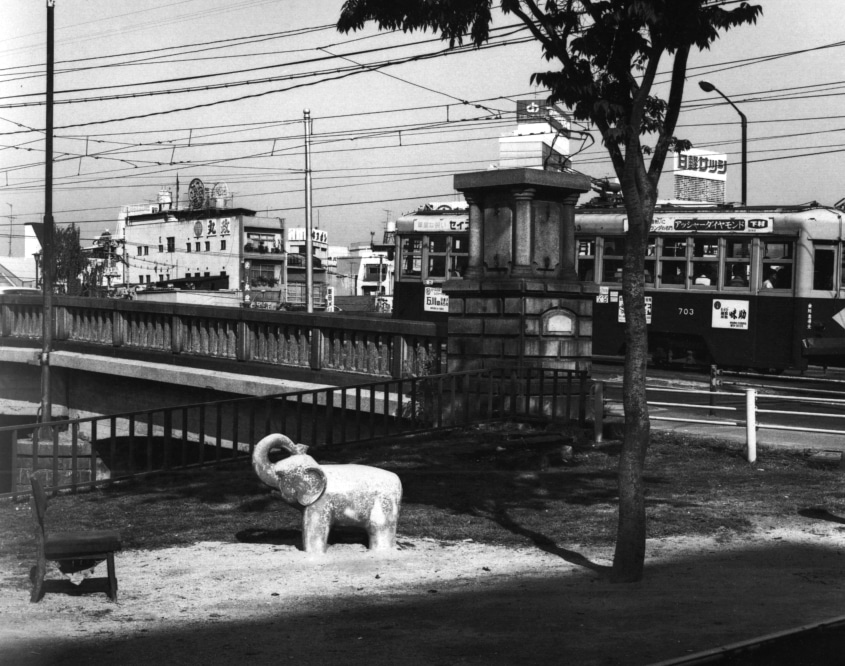